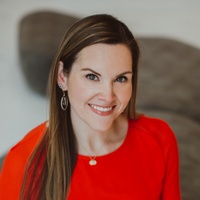 Anne McCabe naturally sees potential in everything. Where there is potential, skillful development is required. Anne’s dedication to recognizing and developing the potential she sees in other people and circumstances makes her an exceptional advisor and business leader. You’ll hear her say she is “a student of the business” quite often because she believes learning and growing is essential to her success as a leader and an advisor.

A native of Atlanta and a graduate of George Mason University, Anne has been in the financial services industry since 2001. She knew this career was her calling when a hiring manager told her she’d be successful if she had the heart of a social worker and the mind of a capitalist. A compassionate, driven leader, Anne embodies this approach in financial planning for her clients through her steady pursuit of growth and the satisfaction she finds in inspiring others and seeing them reach their goals.

Over the course of her career Anne has gone from Wall Street to entrepreneur. Before founding Curo Private Wealth in 2014, Anne spent a decade gaining Wall Street experience with Ameriprise Financial, UBS, and Wells Fargo. Ultimately, she made the decision to co-found an independent wealth management firm in 2010.

Anne’s passion for learning and development is evident in her desire to obtain several of the most respected designations in the industry. She acquired the Chartered Retirement Planning Counselor SM  designation from the College for Financial Planning in 2007. In 2011, she acquired the prestigious CERTIFIED FINANCIAL PLANNER TM  certification through Georgetown University and the CFP® Board, meeting rigorous education, examination, experience, and ethics requirements.

Anne has consistently been on Washingtonian magazine’s Top Money Advisors since 2016 and was named to Investment News’ national list of “40 Under 40” financial advisors in 2017. Since 2015, she has also consistently been selected for the Five Star Wealth Manager award, listed in Washington Post Magazine.

Maintaining her physical, spiritual, and mental health is critical to Anne’s success. Instead of viewing her pursuit of a healthy lifestyle as a chore, she embraces her commitment as an opportunity to reach her own potential. She prioritizes her health by working out, cooking plant-based meals, meditating, and practicing yoga. Anne is constantly on the search for the next book to add to her reading list (so be sure to let her know your recommendations!), and she speaks fluent Spanish. Outside of the office she enjoys spending time with her family, which includes two elementary-age sons.